The best Ayurveda treatment for Parkinson's disease in Kerala 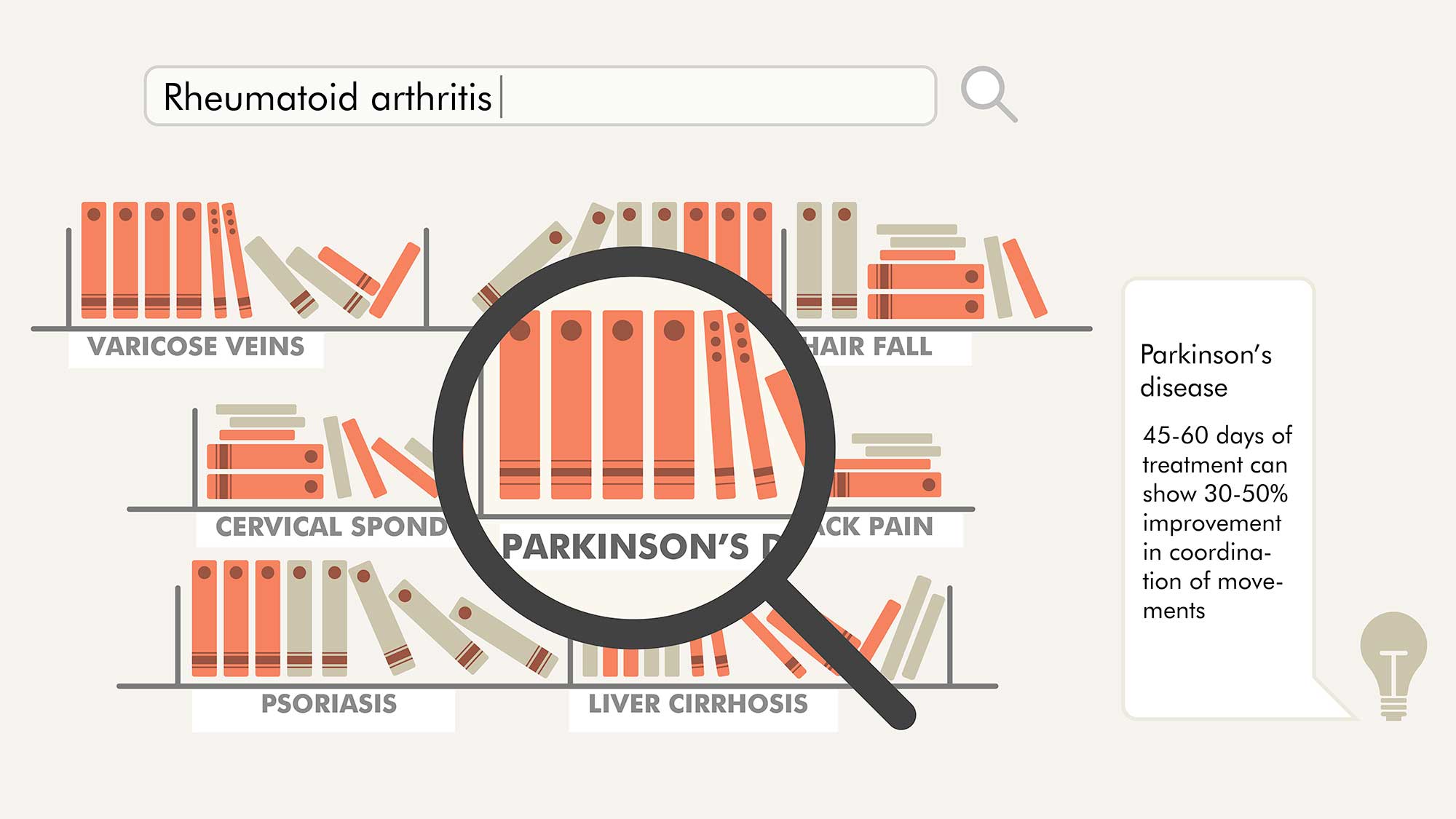 Ayurveda treatment for Parkinson’s disease focuses on regeneration of the brain cells by stimulating the production of dopamine through various medicine. This regeneration defines if the patient will be completely cured. We at sreeragam Ayurveda provides best Ayurveda treatment for Parkinson’s disease in cochin, we have treated 250 patients in past 7 years for Parkinson’s disease. In 85% cases treated we saw 50 % improvement within 2 months of treatment. Once the patient leaves our hospital premise, the improvement in their condition is dependent on how strictly a patient follows his lifestyle and oral medications suggested by our senior doctors.

Parkinson’s disease is a neurodegenerative disorder characterized primarily by loss of dopamine neurons in the brain, we can observe its symptoms but there is no specific test to confirm it. Symptoms generally develop slowly only on one side of the body but the progression may differ from one person to another due to the diversity of the disease. This nature of Parkinson’s disease makes it harder to be diagnosed in the early stages and in later stages only disease management is possible. At sreeragam, you can easily see 15-30 % improvement in the symptoms even in later stages within 45-90 days of treatment. 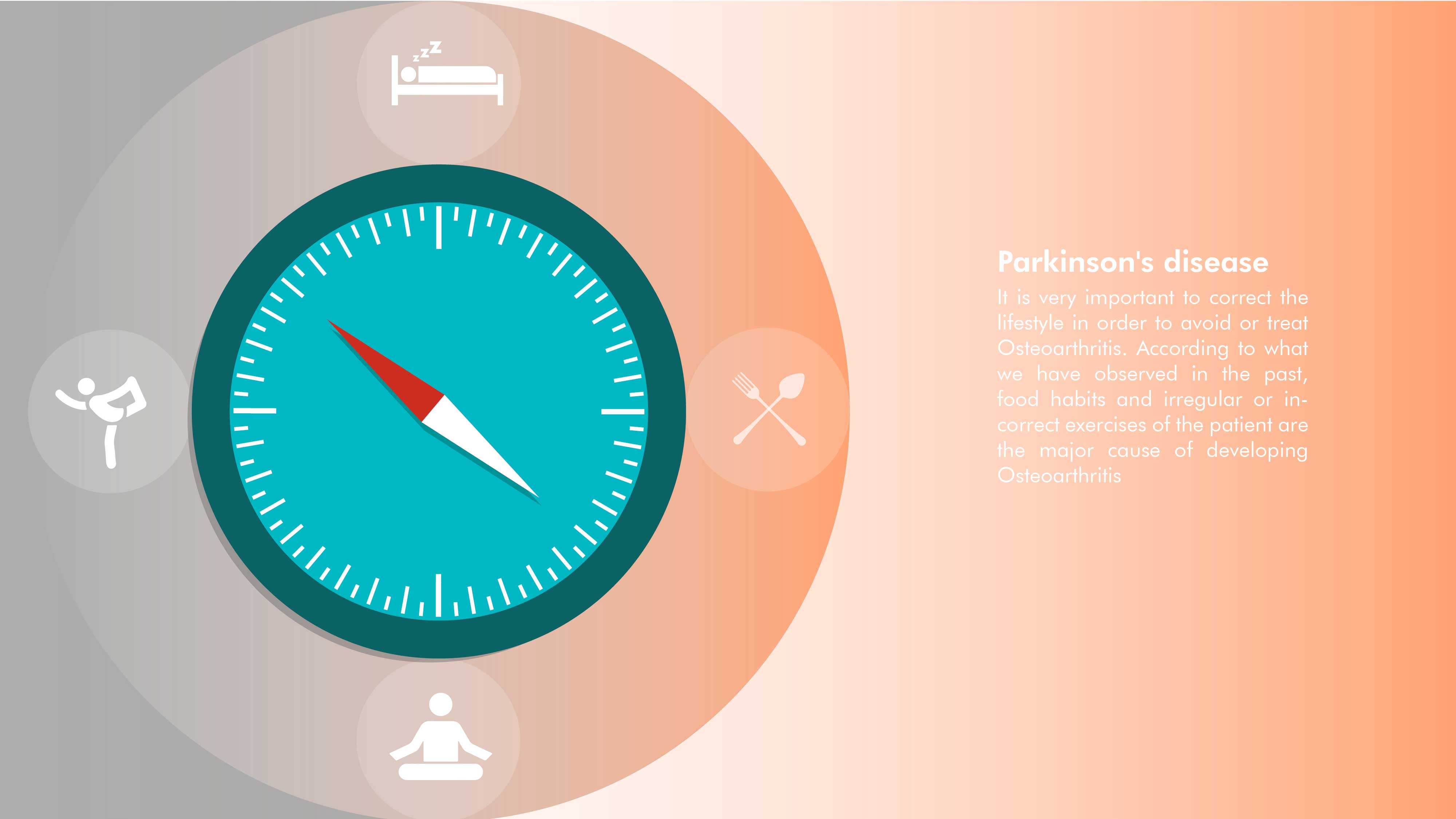 Parkinson’s disease is similar to “Kampavata” in ayurveda, kampavata in different contexts of Ayurveda samhitas is characterised by symptoms of :

Note* Do not take any medications without the prescription of an Ayurveda doctor, the above-mentioned medicine, treatments are just for information and should only be administered under the guidance of a doctor.

Difference between modern medicine and Ayurveda treatment for Parkinson’s disease

There is no cure for Parkinson’s disease in modern medicine but there are evidences or cases where the patient has been completely cured of Parkinson’s disease through Ayurveda. Modern medicine help you manage problems related to movement and tremor, these medications increase or substitute for dopamine externally through supplements. Initially you feel considerable relief in your symptoms but as the time passes by, the dosage has to be increased otherwise the symptomatic relief starts diminishing. Surgery for deep vein simulation is considered as a treatment option for advanced cases of Parkinson’s disease, who stop responding to oral medication and supplements.
Panchakarma therapies and some medicines are given to improve metabolism which helps in faster recovery and provide immediate relief. In Ayurveda vasti is given to improve overall nerve function in the body which helps in creating better motor and sensory response in the brain. Parkinson’s treatment in Ayurveda promotes herbal medications which can stimulate dopamine production in the body rather than providing external supplements. This process helps in slowing the degeneration and the patients body start recovering faster day by day, this can lead to a complete cure but the overall duration might be longer than expected. Ayurveda treatment for Parkinson’s disease will not only provide immediate symptomatic relief but will also create a chance for complete cure but it is very important to maintain a strict lifestyle.
graphic

Exercises in general helps to improve cardio-pulmonary functioning, biomechanics, posture, trunk movement and overall symmetric movement of the body. It has been found that aerobic and learning-based exercises are best suited for individuals suffering from Parkinson’s disease
Ayurveda always emphasises on mental health while treating any ailments hence promotes yoga for its significance in improving the mental health of a Parkinson’s patient. Yoga therapy in past has shown improvements in stress, mood, fatigue, sleep, pain, mobility, problem solving, memory, and seizure control of Parkinson’s patients in past. Yoga acts as an alternate treatment which caters solution according to the varying ability of this progressively increasing mobility problem of Parkinson’s patients making it the best aerobic exercise along with the Ayurveda treatment for Parkinson’s treatment.

We need to first understand “what is a health diet “, to understand this we need to acknowledge the fact that our body is trying to recover, our body is trying to repair itself. In order for the body to repair itself, we need to make sure that the body is consuming less time in digesting food and more time utilizing the energy to repair itself.
Brain controls all the nerve functions and if the brain is only working to perform basic nerve function, it will never help with the recovery for patient. A good diet will also help with detoxification of body leading to improve the nerve function which in result will help brain to recover faster.
Hence, healthy diet should be the one that can be easily digested  and this is why during treatment we provide lite food ]which can be easily digested. We need to understand that diet alone cannot treat Parkinson’s disease, a healthy diet will support nerve function and help the repairing process to work efficiently.
If you are searching for the Ayurveda treatment from Parkinson’s disease, we would recommend you to send your medical reports to support@sreeragamAyurveda.com and a video of the patient to understand their condition better. Once our first analysis of the patient is complete, we will respond to you with our treatment plan and the treatment possibility in details.

We are sure we can help patients with multimodal approach of Ayurveda treatment for Parkinson’s disease at Sreeragam Ayurveda including yoga, physiotherapy and panchakarma.

About 540 million people suffer from back pain globally with the best treatment for back pain relief as surgery in most chronic cases. In the past 7 years we have treated more than 300 cases if chronic back pain and we have seen improvement in almost 85% cases within 14-21 days of in-patient treatment.

Management program for Parkinson's disease is conducted at sreeragam ayurveda to reduce the dependency of patients on support by improving their nervous coordination and stability of movements.

We at Sreeragam Ayurveda Health retreat provide the best treatment for Osteoarthritis, we have treated more than 120 chronic patients of Osteoarthritis in the past 7 years. We have seen 50-75% positive changes in the symptoms of almost 120 patients within 28-45 days of treatment.

We are here for you